In recent months, in which I must recognize, due to time differences (it was written months ago, during the Us Open not published until today) and other circumstances I have hardly seen tennis, but I have followed daily, via reading through the media (although they are not at all reliable), but above all I saw visual summaries, with the exception of these last two days that I have seen parts live via television; It will mean in my case, leaving me many situations without analysis, but others because destiny wanted it, to observe them and translate the information that they carry with them integrated.

Well, if we have the capacity for appreciation and understanding, moving away from “the logical”,  without forgetting the silent power of interference that the other malignant part of the human being has , allowed by their own EGO , such as  habits, routines, Which in a very short time, in “the blink of an eye”  take root of a brand or label, dear or not, will never be beneficial in the long term, internally it will only generate noise and internal damage, we can observe, specifically speaking of USOPEN like the ego, has dominated and dizzy more than one human being (athletes), also probably very unconsciously about it, which aggravates the matter.

External factors, be they climatological or human , should not serve as an excuse in this regard, in addition to trying to solve “a problem”  through another external factor, it is at least not very intelligent, unless we know how to use it as a simple reinforcement and not as a substitute, be it the use of an ice vest, cold towels, ice baths, use of a Spa area, or any other tool, but being from left to right, front to back, and vice versa, without a firm stop, for integration and management mental – emotional firm, on any situation that we live externally, we will not do more than raise the temperature, multiplying, tripling, … etc … what is really really happening out there.

“Human beings in a theater, in a church or any other place, stifled body gestures, noisy verbal readings, through the use of the fan as a soothing tool, however, without thinking a bit, to be able to fan yourself you need to do an exercise or movement with the arm, at the moment of fanning, ohh how nice !!!, moment later much more heat, much more suffocation, because without being aware, the movement of the arm itself, when making even a minimum movement, already raises the temperature, it’s like being on a Ferris wheel, going around without stopping, or finding the exit door “.

During this USOpen , I will have missed many details, whether in the dressing room, on the court itself, in the environment or outside of it, which I have been able to appreciate, in the end they all have the same EGO component  and how disconnected makes us be of ourselves and of the place where we are , before any external, existing component we make it larger than it is outside, and even internally, the noise being so high, the probability of creating an injury rises, and if you have a chronic injury, you mortify it by making it more serious, than it already can be.

If we review the two details that Rafa Nadal vs Del Potro has left us , and Osaka vs Serena , we see with the EGO , the definition was totally taken over by him / her, (someone would put it into the definition of is the competition):

Nadal       case  through the three fundamental components of the EGO :

The famous gesture of the bottle against the knee, accompanied by other body gestures, from this and other days, and even in post-match interviews, have not been the first nor will they be the last, in him and other players, I They observe this emotional reading, letting the EGO occupy all the space, forgetting to BE WHAT YOU ARE, subtracting potential and creating or aggravating an injury or external situation, which I do not say is not there, but that in our thoughts we make them greater size, making us effective and efficient management.

I personally acknowledge, while watching Rafa’s game against Juan Martin , that my eyes were moistened, seeing the tenacity, the competitive tiger, his gestures of pain, capacity for effort , and other qualities that are indisputable by human beings with a Minimum of coherence, difficult to understand the cruelties with which one comes across through the media, forums and networks, from which I have been quite disconnected lately, in addition to living very well without them.

I know that my moistened eyes also corresponded to my capacity for empathy and understanding, as I have explained, although in all the situation of the player, the EGO component , was saying a lot, being from the unconscious side, what makes the situation nobler still ; also in my case also because it has caught me in a series of personal, family, work, special situations, among them fighting hard to get the title of National Monitor (RFET) , in which another human being must agree to your access to 150 hours of practice, surreal, but that struggle, that work, that dedication is special, especially if you do it because you love it and it has a sense of life, of continuous learning.

“To be happy is not to achieve goals, nor the need to achieve them, but to enjoy every moment of the way, to see them as a preference not as a necessity, the only three needs of the human being are to have a plate of food, water and a roof where to sleep, to raise the qualities of them, they are only more than whims not necessary to be really happy “. 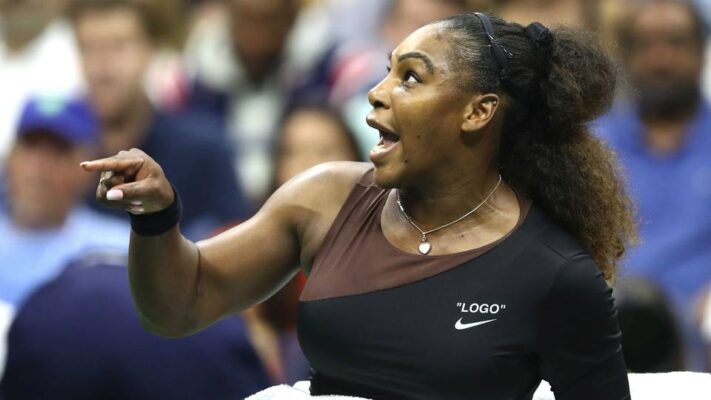 As for the case of Serena Williams , it is not the first time that she does something similar, however empathy must also be present, as with Rafa , too many nonsense have been read or heard. I put myself in her place, she has been a mother not long ago, with a complex childbirth, with the work that being a mother implies, true with a hasty recovery ambition probably when she was at Roland Garros , but she continues to make a great fight for women, In a world still with too much machismo and excessive goodness, but the forms and especially the moments chosen there are times that are not the most successful, this time the reactions of his coach are also EGO, a unique moment for Osaka should not have been dirty , even as she acknowledged at the press conference , I did not realize if she coached me , which shows the disconnection by the EGO , and the value of recognizing mistakes , and its strength continues to help a better integration of women within society, in that it has a lot of merit, although today I do not consider it to be the best possible example neither for herself, nor for her daughter nor for other women in whom they can be reflected in her .

I want to end this article with a little reflection , a destiny is imposed on us , through it we are taught a variety of capacities, abilities and even famous values so present in the mouth of any speaker, we usually comply with everything to the letter, without question, Whoever protests or is unchecked usually receives too many setbacks, we do not find our way, but that of others, when it is our turn to manage it, and that life will force us to do so, and so it will be, the sale of our person is done, created habits and routines , overly integrated beliefs , attachments absorb any detachment andEGO does its work, always with our unconscious permission, any mismatch inside and outside our cage , drives us crazy, physical injuries are only alarms in the form of warnings to change something, which we do not know, can only be discovered if we put aside to our EGO at the helm of our life.

Tennis and sport have a lot of essence for human beings, we should not allow their essence to be separated by ambitions without value or valid ingredient to form the cake of happiness.