Dear reader, in this I repeat myself a lot, but I prefer to appear to be tiresome to others, than an ignorant one, is that what I am going to comment an hour below, I will repeat once more, it is thanks to the fact that I have been able to see it and analyze it, in this case through a broad summary on television, because if I don’t see the game, or whatever situation happens, I don’t talk about it, it would be irresponsible, just as it would be immature and irresponsible, to speak disrespecting the ethical code- moral created by the coexistence of human beings, likewise with the deontological code of the respective professions.

That said, I am going to explain what I appreciated yesterday in the Garbiñe Muguruza vs Aleksandra Krunic match , through what IT SEEMS TO BE , not what they ARE , because humanly I do not know them and I am not inside, but there was information around that they transmitted outside, and something that the break coaching gives us even more intently, but above all more marked in their lines, was the following: 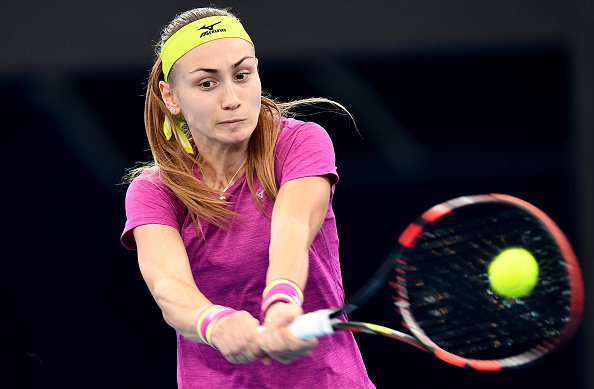 What I remembered about her, through the different occasions that I witnessed her games in London (when I was still living there), gave me a feeling of overwhelm, agony, stress and haste. On the other hand, yesterday, year and shortly after, it was that both in the first set and in the second set, every time I focused on her, seeing her, only transmitted calm, serenity, that does not mean that inside I was at the opposite pole, but at least he knew how to keep it well, so that he would not notice anything in practically the whole game.

However, there were two moments, that the sparks were very noticeable, one at the end of the second set, when serving to close it, all that changed, the nerves (we all have it), the breathing, the way of walking and the flexibility of hand and body, this the / as opponents, whoever they are, should know how to read these details, which on the other hand are not easy to read, due to their “apparent invisibility” .

The detail, surely many you call it stupid and even useless, for me at least it is not, because of how influential “invsible” it can be, it was in the break between the second and the third set, while the physiotherapist attended Garbiñe , Krunic’s concentration, or simply the focus was gone, although he was with a sympathetic, serene attitude, too many things done, change of grip, putting an overgrip, movement from one side to another, very little work in that moment of interaction.

I have observed it so many times in so many players, which I have seldom seen, that after an action at least in the game or two following games, after such a situation they come out victorious, especially when the game is giving you a few more moments broad reflection-interaction , which depending on how you approach it, goes to one side or the other. Garbiñe put two zeroes and then he retired …

It is nice to see how she enjoys on the track, to see and feel the feeling that she is having fun, although she obviously wants to win, but that anxiety and lack of patience plays against her, as well as the fact, not only of emotional management ( quite good yesterday), but the management of thoughts  (difficult even for me), although with a lot of humor, as he rightly dropped in the final interview, due to certain genetic deficiencies compared to the bulk of the elite players, one thing is to be realistic and another, having it on the table daily, taking advantage of the rest, empowering and seeking balance, is what can make the scale decline to one side or the other.

Very well his simplicity, and his empathic capacity with the rival, the way of taking “the agri-sweet victory”, his gestures, his attitude and all the emotional transmission during the game and even the coach-player interaction, harmonic feeling, Win or lose, it is essential, the change will come more through the ability to interact and read the non-verbal.

“The intensity should not be confused with the aggressiveness, the drive, and much less with very high temperatures of heat, it is a suicide in the medium-long term” 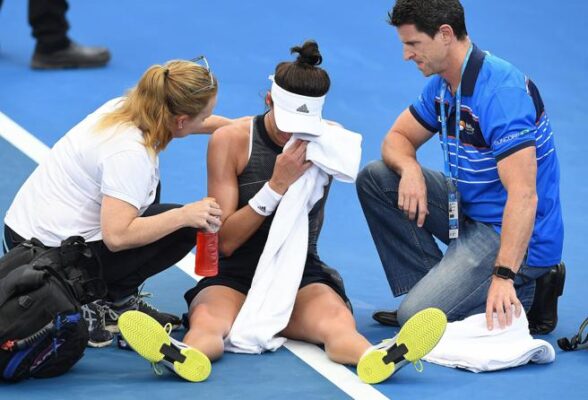 I have really read atrocities in forums or newspaper sections, even a treatment with a certain sensationalism, one of the most repeated comments was: “How do you plan the preseason in Los Angeles , where the temperature contrast with Australia , in summer time, is so different, ….. from here lists expletives … “Apart from the speed of going from heroes to villains very quickly. I wonder, do we know what kind of preseason he has done to express his opinion so freely and disrespectfully?

If I wonder, if the scare she had with the plane to go to Australia , not so much consciously, but if unconscious, I don’t know if with some small point or not of somaticism, it could affect something at rest, and arrive less physically charged and emotionally, even more so with the differences in the contrast of climate, environment and others, it is only a question-doubt that I ask myself.

From the beginning, she was seen with a very angry face, suffocated, anguished, exhausting “suffering”, tired and even, with the super expressively marked dark circles even more due to all the body information, and what she was transmitting herself. It shocked a lot, it was super notorious, that’s why there was a detail at the end of the first set, which for me could have totally changed the course of the game through a good emotional-thought direction .

Without getting involved in anyone’s work, respecting Sam Sumyk a lot , tennis-tactically, I still have a lot to learn, one always wants to learn, not from the best, but from transgressive people, who have lived another line, who does not want that in any profession, if you want to be a great professional-useful for society? That said, in the break, in which Gabiñe asked for coaching , she did not need to hear the coach, much less about the focus, angles, continue aggressive, … etc … related to tennis, she needed emotional listening , emotional support, emotional reading, not interrupting the endings of sentences , although it is a process of weeks, months and even years, but aEmotional empathy , in a situation like yesterday, was KEY, I didn’t need anything else, in my opinion.

Garbiñe was very emotionally charged , that breaks in unpredictable directions, it is only a matter of time passing to witness it, get ahead, know how to read it, it is very important, it is always said that “tennis is a solitary sport and that players need to feel understood, listened to “,  that is something that all human beings need, but at those levels of tension, of constant travel, if all over the planet, but without solid experiences of permanence, but fleeting steps, that cause you to distort reality, not being in it but in a parallel, that observation, that emotional listening, is very important , let alone in the youngsters, parents … and more importantly it is done even with extreme temperatures !!! .

The rest of the game, it was already a matter of time, to see what happened, to that emotional load, to  add that confused aggressiveness, not corrected when it was due, and more in an emotional situation as extreme, as the one that was being seen, was to send it In a somatic field , it can transform into injuries of any kind, it was crazy. The sad thing is not a new situation, which we do not see in many players over the last few years.

It is not heroic, to suffer for suffering, less in a sport, there are many parts of the planet where many can give us true realities, slaps of suffering, sometimes it is not even necessary to go so far, in the very bottom of your city.

The ATP, the WTA, and the ITF , Top Coaches and even their own players, eating their heads, to find solutions, seeing how decaffeinated I ended last year with so many injuries, many serious or “chronic”, looking for justifications , excuses, in the strings, the weight or size of the balls, the types of surface of the courts, size and weight of the rackets, change of tennis rules, fewer games, shorter, and one of the most serious, the clock, stress, anguish, and less way to recover properly.

In the end, the problem is ahead, it is complex if, very much, when the different generations of coaches obstruct each other, when each one thinks of himself, in his own magical method, televisions and sponsors, put money, treating players as products, and not as people, without forgetting the inclusion of psychologists , where finding a decent one is like looking for a needle in a haystack, becoming the new priests of the 21st century .

The risk of injury, physical or internal, from my experience and observation, is quadrupled a lot, through a weakened chain, Self-esteem-values ​​within the self-esteem-confidence-threads of trust-emotional development. A situation that is highly transferable to chair judges, linesmen and even soccer referees, that not even the videos (their reviews) hide conflicts and emotional deficiencies .

Brave that players like Ni ck KYRGIOS come out , that they slow down the vicious circle a bit, his words from a few days ago say it all:

“Many times I don’t know if the people who come to me to help me want to do it for real or just to make money.”

We can keep looking the other way, putting external situations, but as long as the Achilles heel does not really face it, who will end up paying for all this, are people who have chosen, choose or will choose, a sport as a profession, in the end they will feel alone, sold, misunderstood and without being heard in their emotions, also harming their physical health . Something excessively daily in the rest of the fields of life, but in sports , due to the characteristics of practicing a sport , they are much more marked, notorious, that they jump more easily.