A brief article to explain the process in which will be soaking the next 4 – 5 years, although that is not about one begin it, if not that is as will be finishing it on, but also in a very transparent way which are my pragmatic intentions that want to share through of the thrilling process that already that week started on, means first contact with the education system on.

Well, really and why wouldn´t have to do it?, although I am not on favour about a system that is limited and moreover it makes rankings between a humans while forgets a wide formation from the base, so on that point, I don’t have any choice, in some way always will have details – tools that can be added on our inner, although is going to be in the UNIR (Universidad International de la Rioja) so means that is not Harvard or Oxford University…etc.. but in some way I will able to grab it in other level of context on, however is not less basic to remind that point which means a difference in all kind of evolution (Recognition, work, development and implementation) will come in about your own level of inner exposition out (The experience would be a permanent base of ego, that with the years would go being more thick on), thin detail that in aspects as psychals as psychologics is much more intense which bring stuck a great influence in that kind of professional areas.

About my person, said it in other words, my own identity, if you have known me on person as even if are a very respectul follower from my website and social networks, the next four words that I am going to write below won’t be new for you, but need remind that here:

Also in somehow, nobody must to look to other side when in front us are happening situations that should never are live on, cases as the war between Russia and Ukraine, that it places us in the actuality about where are in relation to the psyhologics terms, because all the conflicts as its begins as its endings are the same point of departuring in. Well If we talk about the sports, for example the other day a tennis coach, made an interesting point about as could get over about seeing humans that grab their racket on to break it as that emotional have left all their inner out, however is the consequence, so like explained in a recently post about the IMPACT, is that the eye is able to detect faster, but to check that issues´ advance on, really we don’t have much better choice that go more far away about a position that is behind of us, there are the infinite answers before that the consequences are coming out.

That last paragraph means that although have sold a great marketing about a player or others, or even that is being much worst as that own players or better said out their ignorance through of their bubble in hold on through of their team works that are moving on the same direction while the pure feelings are hidden through of the own as dark and scared feelings, where right now in all kind of professional areas the level of demand have drastically changed but don’t means just about the digital impulse if not that is about the brutal psychologic contrast that is already on, an emotional noise that is the whole time moving around to speeds that have never been watched on, so that request has two things that on my point of view there are not time to take doubt on:

About that last thing, with a little humble feeling would want to be an example, that never any kind of pressure about the infinities topics that the society place on, must be any kind of excuse to keep in the way that one wish in, while breaking with everything, a great level of detachment to face up to a new life where never is too late to follow our own rhythm of evolution, because that is the real life ” INNER EVOLUTION “.

” A success for many times that you lift a material issue will never be a real success if behind of one there are not any rhythm of permanent evolution that give us the enough tools to know as self – manage in whatever field of life, in and off the any kind of court ”   (That will be the nice sport coach – manager – Director…etc..).

Before to name my intentions, let me to tell you that are going to motivate me to do that, because there are a few issues that sincerely through of a whole and solid process that keep on with its development for life so makes me feel annoying and moreover with facts behind of other one in sucession that honestly are not creating any benefits on anyone:

About my intentions, through of the dark dystopian that are being sucked a society as stupid as manipulable through of grabbing everything without getting in the exciting world of the own seeking of answers that in the same time bring a wide emotional field to the own individuo and after throught of the rebound effect catching up the own group or collectivity, so my intentions or plans the action are: 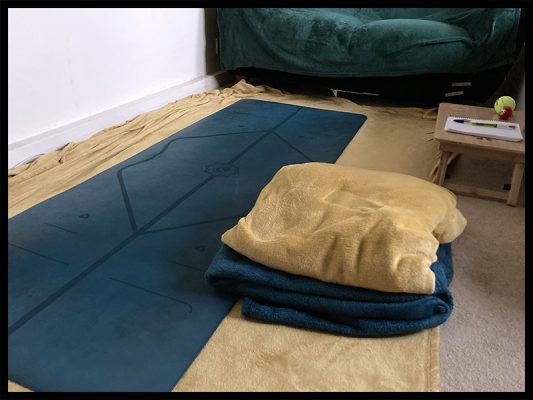 From the moment that took the choice to exchange all the process tha have begun in through of photography while rejected doors that could have been interestsing by diving on the mix up between the worlds psychologics as Athletics where the tennis is my passion, a root of a thick tree that understand about locking the brain up as also in the extension cognitive that could bring on through of the coherence to other fields as bases as transparents as honests in their process of development, means that step our foots back on the lands while go by walking for a path as simple as super informative that have in front of us, an ocean full of answer without being absent-minded ( ” a por uvas ” ) because create motion thourgh of the fears or interests about that want to listen out, is to be selling a snake oil ( ” Vender Humo ” ), in fact practically there are not week, days, minutes, seconds that don’t have any new news about injuries as phsyhics as psychologics that grab to the human being to the deepest area of sea, even that is most worst with up and downs while that make all the journey an authentic hell or sometimes a self-deception way to that obviously is narrow and week cord have to break on, details super predectible if we stop to read the issues.

I have grown up with a clear conviction as have been able to feel it on my own skins once time behind other, is that in the life, have two kind of academies, one would be the academic always that was teaching from a neutral position but with movements to both sides, and the other one is the own university of the street in itself that involve to left far away whatever type of numeric contability, means ego is left out, let ourselves that experience doesn’t be a hindrance to create a high level of exposition on, that is the issue that will mark a basic reference in our inner so will get a serious influence in our way to development our abilites acquiried in both ways, that obviously will have a great impact on the neigbour as is very often to find them without any kind of tools so the manipulation unconscious through of the “silence warning” is delicious hot disher to serve on.

As you can see on the picture that have placed on (my bed in the last two years) as through of all context that have written on around of there as through of that website or the rest of my social networks (Linkedin, Facebook, Twitter, Instagram and in the next on Twitch) and about all if you know me on person, that I am a human being very untypical that the easy reaction is go to the door and then running away as faster as you can, the way of self-protection to our owns fears to something that believe a level of uncertainty about an level of exploration that don’t feel ourselves ready for that as even have never imagine that still someone like that could be live on, but it is just the funny point of that circunstance to take advantage about everything between each other, however it is doesn’t depend of me, is up to you, but that I must do is so clear on my brain, as sharper and brilliant as a small drop of water.

In conclusion, although it is not being holding up in a super glamour university, is equally a degree, so I will have ahead about 4 – 6 years really tough but wonderful in the same time, although live day by day without plans on, because the unexpected spontaneity is basic on my way to walk on the life, through of combine it with everything (job, LTA courses and the last point that repeat again just below…..)…  although the high porcentage of the challenge won’t be in that aspects, if not that it will being to place in about getting savings on to keep the payment of the degree, because is something that I want to get on through of my own whole effort and sacrifice, so all of that will happen on while we are living a period of life as complex as uncoherence in many aspects and that in the same time must face everything up against my own loneliness (a power weapon of self-development), self-confidence and beliefs on myself when everybody is against my person, because nobody believe on me than justly I do.

Anyway, that is the challenge as well, it is coming from a ear but is going for the one, as have been commetting above, the best process that could go to develop it through of an instantaneous execution (projects with a food plate on the table) as think that is necessary to bring nature impacts asap where sign out new process of development full of consciouness about many hidden details that is where we have our most healthy help to the neighbour while keep a respect abour his/her essence through of recovering from there his/her potential from a channel that always must have been over there without any kind of obstruction or self-deception, a level of temporary air fresh ( ” alivio” ) that limit so much as the level perceptive as sensorial of the living being that we have in front of us, in other words his/her thoughts.

“ The process of the degree is not as is going to begin if not that is just as I will be finishing it and about thal the level of evolutive development that will be going to integrate on my person and in the living beings where are able to leave my sign in.”

” The Mental force and the mental resilience must be facts that have influence on everything, instead of being mere influences of a kind of dominancy that is temporary on execution but the standing on execution and integration in must be the goal to grab on in infinite durability, a benefit in all the set in and on” .

Thank you very much.