Dear reader, as you know perfectly if you follow my social networks at the moment I am working at a Spa inside of a five star hotel, so the last week were celebrated the British national championship U18 and that week the U16, well take adventage of my day off, and then the last sunday and just today (Tuesday) were there while lost the sense of time through getting involved in an environment that love in a crazy way and that means a lot on my inner, is a feeling like if the time was stuck forever on, a world of growing up, struggling on and even to keep permanently in a way of improvement (SUPERACIÓN) to all kind of level, when the coherence and the truth are present on.

Well, the sunday was the qualification, and just today (Tuesday) was the first round, singles and doubles, females and males, as you can understand properly dear reader, we are talking that are minors, means that there are many things in legal terms that there are as protect as respect in, otherwise would be place them in a position outside of place, but be careful with taking behaviours that understimate them and block whatever kind of the emotional and human development, because at the end there are minimum details that could be learning from them.

Once that have left that point clear, is obvious that although on sunday took my notebook and start to write on many details, even in spite of a desiring full of enthusiasm as well, quickly I realised that it was unnecesary and that must provide a behaviour in relation to the issue that was being celebrated “un saber estar”, when really in a professional level at the moment, I am not absolutely anyone at all, so in a place full of parents, coaches and some that other relatives was the clever option, because moreover I can trust absolutely on my level of memory, that is really brutal in space – time, a need of survival from was a kid. 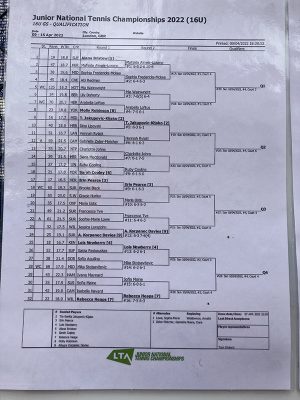 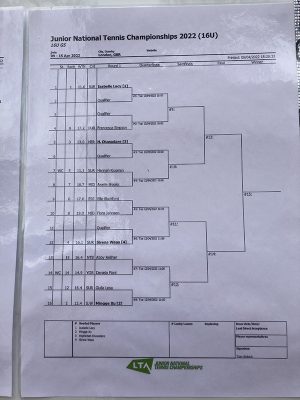 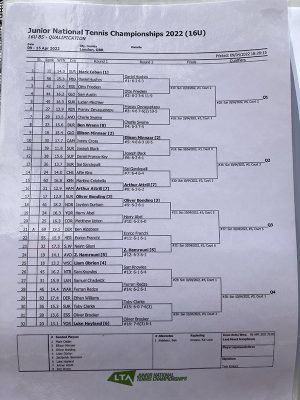 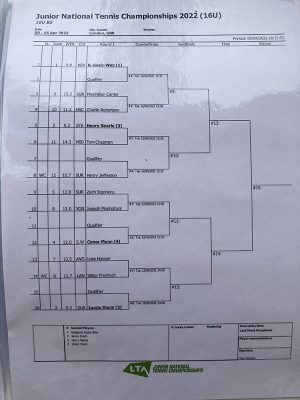 Said that, get involved in a general analysis as have already explained the reasons above, so I am not going to give names nor describing anything on specific way; well go to get in that you are interested for sure, those was concern my attention was feel repetitives patterns of action, game, technique that are not useful in the development of a human being, at least on my opinion the own root mustn’t be touched, lost or win, even in the way that you are able to grab boths, always must come from your roots, the opposite is a very bad habit and a very dangerous injury will come up for sure.

Others aspects that want to talk in relation already about the techniques aspects, as for examples in the movement from the baseline, specially in female but there was male in that direcction as well, as the natural movement of the body in the actions never came from the dominant leg of the shot so had the inertia to turn directly from the core, so there are not an following natural of the body, that apart of forgeting to create a consistent management, is an huge alley to serious injuries as for example to the hip.  Also have been able to observe many players that the natural timing ball-string was missing but even is that the movements were a dry cutting where logically the respond of the body in some specific areas will be of a level of overloading that there is not chance to resist that when are gestures was the own nature and own power of action.

In some way, I can miss the chance to talk about the MINDSET that have been able to find there, found a couple of females super very interesting on that aspect or at least in a point of development that pushing a technique improvement could give a jump in solid self-esteem as about the managements of the curves up and down in relation to the confidence and self-confidence (three concepts completly opposite).  Curiosity in males, appreciate much more unconsistency on that aspect, even levels as in disorder chaos as even an excess of pride, which come up with constants lost of positions, means diagram’s curves without moving up and down a same line that can drive the inner up in a extensive line with the rest of the pieces.

Really there are players (human being) that physically are done on that age, even about tennis are in a process super advanced that would be almost professionals as of course were able to watch the opposite way as well, but that when one indirectly listen some father, mother or even the own coach surfing through of a level of analylis as lineal as super closed in justifications that limit whatever kind of development and of course the opening mind to apply a level of inteligence that let to move through of whatever kind of space; insist doesn’t care if the exception of level was like a professional (barely one or two) as if was someone poor, because if they don’t change some techniques considere really so diffilcult that can move forward in the tennis game, in both cases are not being management properly.

*Other detail to keep in consideration and that have been able to appreciate in the National about that, is that on the table must use the right material, means have the charisma to talk to the brands but also that realise that the risk the injury is gonna to be high, a example were the kind of shoes was wore on for someone of them (female and male)…concern about your genetic is a key…

As good story, Leon Smith, a great and friendly guy, Davis’ Cup Captain who had the chance to know during my period working at the Queen’s Club, was watching some of that matches today (Tuesday), the life crossed me with him till three times, the last one before his jogging time, but wasn’t brave enough to say anything to him; even also was there Mat Little physical trainer of Andy Murray, other great human, who again was lucky to know him when was working on the Queen’s Club, but again wasn’t brave enough to say anything to him, although in the case he have recgonised me for sure.

Well, to finish about the curious stories that have lived at the NATIONAL TENNIS CENTER about the both days that was there, on Sunday, at 14:00pm decided to go the canteen to eat, ordered, paid, went to a table, just on that moment a player and her mum was going to sit next to me, she was Emma Raducanu, again like today (Tuesday) didn’t say anything to her, didn’t want to disturb her rest as wasn’t brave enough again, reasons?, because as have said a couple of paragraphs before, I am not anyone at all but also because I am a human being who love that sport a lot, means also that I am not a fanatic or fan or whatever other types of labels, simply if talk to someone is to keep a productive conversation as human being we are while leave the labels far away, as also I am aware that my voice permanently in the point of impact create scepticism but once the brain have grabbed it as routine the issue change at all, repeated again who was I in the first stage over?.  (Although have the most powerful self-esteem, because sometimes the real Wim Holf, is closed than we could think, but the confidence and self-confidence depend of other many factors that depend more about that you have or you are able to achieve on that about who you are really, the professional in our judgement always go first sadly…)

Righ now to finish all the story in the National Tennis Center, if God’s will is promised as the agreement’s words between two human being, at least will get to work there one or two shift by week so still will have to combine with my job in the Spa at the Five star hotel, that hope soon could be focused 1000% in the way that already have taken a time keeping so close of it, a direction that deserve to grab and never more let to loose it, just need to gain the confidence that suppose a new field, just minutes, days, hours, on my case much less about who one can imagine, but the understimate through of predjuices or fears are very common, because I don’t have any fear at all and today have felt again that could be useful and contribute with details that are difference in an total human wellbeing.

Thanks and keep going on the way although find myself there absolutely alone, have very clear the ideas and my smal grain to leave here.